Zeitgeist: “For the Birds”

Zeitgeist: “For the Birds”

Kracum Performance Hall, Weitz Center for Creativity
“For the Birds”-Performed by Zeitgeist, Victor Zupanc and Kevin Kling.
Sponsored by the Northfield Arts Guild and Arts @ Carleton
Seating is free and open to the public: no tickets required.

Kevin Kling is a well-known playwright and storyteller, best known for his popular commentaries on National Public Radio’s All Things Considered. His storytelling stage shows like Tales from the Charred Underbelly of the Yule Log, deliver hilarious, often tender stories. Kling’s autobiographical tales are as enchanting as they are true to life: hopping freight trains, getting hit by lightning, performing his banned play in Czechoslovakia, growing up in Minnesota, and eating things before knowing what they are.

Kevin Kling describes his zodiac sign as “Minnesota with Iowa rising…” He grew up in Brooklyn Park and Maple Grove, Minneapolis suburbs, and graduated from Gustavus Adolphus College in 1979 with a Bachelor of Arts degree in theater. His storytelling started when a friend from the now defunct Brass Tacks Theatre asked him to perform his stories. Since then, he has been awarded numerous arts grants and fellowships. The National Endowment for the Arts, The McKnight Foundation, The Minnesota State Arts Board, The Bush Foundation, The Jerome Foundation and others have recognized Kling’s artistry.  In 2014 Mayor RT Rybak named Kling “Minneapolis Story Laureate”.

Kevin was born with a congenital birth defect — his left arm is about three-quarters the size of his right arm, and his left hand has no wrist or thumb  In 2001 Kevin was in a motorcycle accident and suffered brachial plexus injury (BPI). The brachial plexus nerves in his right arm were pulled completely out of their sockets. Currently, he has partial use of his left arm and cannot use his right arm at all. Kevin Kling continues to write plays and stories in a rigorous fashion, and travels around the globe to numerous storytelling festivals, residencies, and has been invited to perform the acclaimed National Storytelling Festival in Jonesborough, TN for several years. Kevin has released a number of compact disc collections of his stories, has published five books, “The Dog Says How”, “Holiday Inn”,  “Big Little Brother”, “Big Little Mother” and “On Stage with Kevin Kling.” His plays and adaptations have been performed around the world. He lives in Minneapolis. 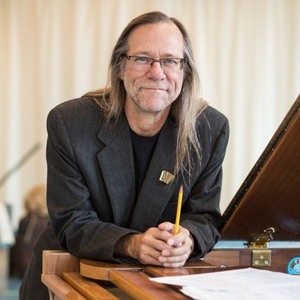 Victor Zupanc, born in Canada, began his musical career studying violin and piano at the age of six at the Royal Conservatory of Music in Victoria, British Columbia. After receiving his Bachelor of Music Degree at the University of Victoria he earned his Masters Degree in Music Composition at University of California at San Diego in 1983.

Mr. Zupanc is a two time recipient of The Theater Critics Circle Award for his theater scores (A Man’s A Man, director: Robert Woodruff and Nineteen Fifty One, director: Ann Bogart) and was twice awarded with a Hollywood DramaLogue Award for his work, most notably for the acclaimed New York production of Romulus Linney’s Holy Ghost!

In 1989 he accepted and still retains the position of Music Director/Composer at the Tony Award winning Children’s Theater Company of Minneapolis (CTC). At CTC, Mr. Zupanc composes scores and conducts orchestras comprised of the finest professional musicians in the country. 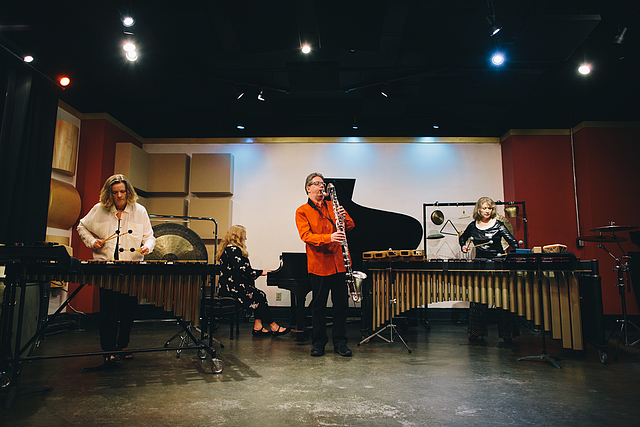 Lauded for providing “a once-in-a-lifetime experience for adventurous concertgoers,” Zeitgeist is a new music chamber ensemble comprised of two percussion, piano and woodwinds. One of the longest established new music groups in the country, Zeitgeist commissions and presents a wide variety of new music for audiences in the Twin Cities and on tour. Always eager to explore new artistic frontiers, Zeitgeist collaborates with poets, choreographers, directors, visual artists and sound artists of all types to create imaginative new work that challenges the boundaries of traditional chamber music. The members of Zeitgeist are: Heather Barringer, percussion; Patti Cudd, percussion; Pat O’Keefe, woodwinds; Nicola Melville, piano.

Further, Zeitgeist has earned an international reputation for superb craftsmanship, virtuosic performance, and an innovative approach to the presentation of contemporary music. Highlights include Sound Stage by Paul Dresher (2001), a music-theater work featuring Zeitgeist and a 17-foot high musical pendulum, Walker Art Center premieres of Pine Eyes by Martin Bresnick (2006) and The Making of Americans by Anthony Gatto and Jay Scheib (2008), a 30th anniversary celebration (2008) Glancing Back/Charging Forward: 30 Years of Groundbreaking Musicfeaturing the world premieres of works by 30 Minnesota composers, For the Birds (2010), an evening-length chamber suite with narration by composer Victor Zupanc and humorist Kevin Kling, the premiere of Spiral XIV “Nimmitta” (2012) by Cambodian American composer Chinary Ung, and Saint Paul Food Opera (2016), a dining and music collaboration between composer Ben Houge and five Saint Paul chefs. Upcoming collaborations include Crocus Hill: A Ghost Story, a macabre tale of a house possessed brought to life with chamber music, narration, and video, by composer Julie Johnson and author Cheri Johnson.