Allina Gallery (across from Lab and downstairs) 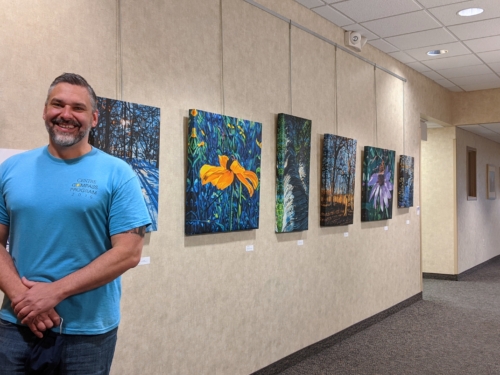 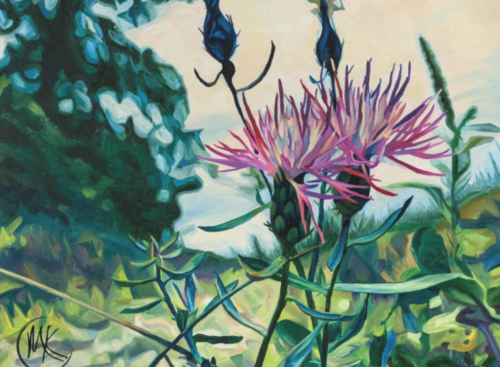 As a growing body of scientific research demonstrates the positive human health impacts of regular encounters with nature, we are simultaneously and systematically urbanizing our communities and eliminating natural areas from the landscape. We now know with certainty that our physical, emotional, and spiritual well-being are intimately connected to these now endangered natural places, making the choices we make about our relationships with nature critically important for our collective future. This body of work aims to profile the simple and often overlooked beauty we experience when we take the time to connect with and imbibe the essence of the natural world around us. Once, when I was looking over a flock of thousands of Sandhill Cranes in Arizona, the man next to me commented, “I wonder how they tell themselves apart?” I replied that they probably ask each other why the same people stand on this platform and stare at them every day. Joking aside, we humans sometimes forget that we’re not unique in having distinctive personalities. We see it in our dogs and cat, but we don’t often think about it for wild animals. Yet, we know that birds, like other animals, can distinguish between individuals of their own species, and probably between individuals of other species in their territory as well. Otherwise, how would an Emperor Penguin, returning from months of feeding in the Antarctic seas, be able to find its mate among the hundreds flocked together on the ice? Or how could an albatross, returning to the Galapagos after soaring over the world’s oceans for a year, be able to find its mate—with seeming delight—among the dozens on the same small patch of land?

When I look at a flock of birds, or even at individual birds as they fly past, it’s easy to forget that they are in some way individuals. But when I look closely at a single bird—and when it looks back at me—I am reminded of this fact. We are far from understanding how birds think, or what makes each of them distinctive, but we know that, at least in some way, they are individuals.

Dare we think that, at least to some extent, they have what we call “personalities” as well? When I look at these bird portraits, I imagine a personality in each of the faces. As you view them,  I hope that you too are not only stirred by the beauty of the birds, but that you also see the singularity of each bird.

Gerald Hoekstra is a birder and photographer living in Northfield. His photographs appear in Bob Janssen’s Birds in Minnesota and several other publications; in several birding apps, including KrugerExplorer, BirdsEye, and Daily Bird; and are often featured on the Minnesota Ornithologists’ Union home page. More of his photography can be viewed on his website on Flickr. As a photographer, his primary interests are landscapes, architecture, and wildlife—particularly birds. Before retiring, Hoekstra was Professor of Music at St. Olaf College, where he taught music history and directed the early historical music ensembles.