You are here: Home1 / Auditions: Peter and the Starcatcher / Events2

Auditions: Peter and the Starcatcher 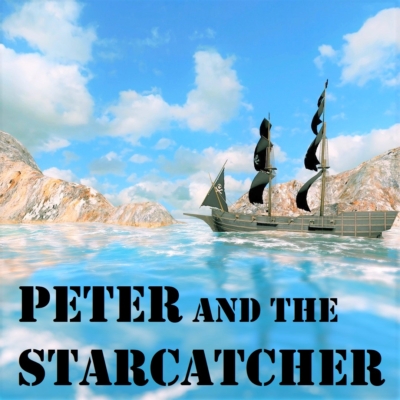 AUDITIONS WILL BE HELD OVER ZOOM

A madcap adaptation of Dave Barry and Ridley Pearson’s best-selling novel, Peter and the Starcatcher is a play with music that humorously explores the bonds of friendship, duty, and love.  The play serves as a prequel to the tale of Peter Pan, providing a backstory for the characters of Mrs. Darling, Tinker Bell, Captain Hook, Peter Pan, and more.  The ensemble cast will work together to bring analog-style theatrical magic, physicality, and creativity to the stage.

Prepare one or two of these monologues from the show. You might also be asked to read from the script.  Those auditioning for the roles of Molly, Mrs. Bumbrake, Black Stache, Alf, Teacher and Smee should additionally prepare 16 bars of a musical theater song.  Others may be asked to sing at a callback.

The imaginative theme of the play allows for wide age ranges, however, please note that you must be at least 14 by May 31, 2022, to audition. This play contains mature humor.  The characters Prentiss, Peter, Molly, and Ted are in their early teen years, but may be played by adults.  Roles open to all ethnicities.

This ensemble cast also portrays narrators, mermaids, pirates, sailors, islanders and various other creatures, locations, and people throughout the show.  Some of these might be picked up by additional actors – to be determined during the auditions.