You are here: Home1 / Events2 / The Great Northfield Bank Robbery: A Love Story3

September 5, 6, and 7, 2019
a World Premier
during Northfield’s Defeat of Jesse James Days

In 1900, Jim and Cole Younger, brothers from Missouri, had spent nearly a quarter century in Stillwater penitentiary for the notorious raid on the First National Bank of Northfield. As a movement for their pardon grew, a young reporter for the St. Paul Pioneer Press took an interest in the Youngers’ cause.  Alix J. Muller, already distinguished in her journalism career at the tender age of 22, followed her nose for news and went out to Stillwater to interview Jim Younger.  Alix came back with more than just a good story. She and Jim Younger began a mutual appreciation. After the famous bank robbers and killers were released, the relationship between Alix and Jim turned into its own story — one that shocked the upper crust of St. Paul. The star-crossed romance between an ambitious young woman of high society and an ex-con more than twice her age is a story that seems like fiction — but it was once actual news.

How the play came about:

Bill McAuliffe was digging through files at the Minnesota HIstory Center, researching some now-forgotten news story, when he came across accounts of the tragic death of bank robber and killer Jim Younger. Younger had been in love with a St. Paul journalist less than half his age, but of course it couldn’t work. “That’s a play,” McAuliffe thought.  “Maybe I’ll write it when I retire.” Twenty-five years later, on his way out the Star Tribune door on his final day, McAuliffe stopped by the desk of colleague Graydon Royce, the paper’s long-time drama and arts critic. Was there a play here, McAuliffe wondered? As the saying goes, you couldn’t make this stuff up. There was definitely a play there. And here it is.

In his 33 years as a reporter at the Minneapolis Star Tribune, Bill McAuliffe covered politics, crime, weather and other obsessions of the day. He is also an award-winning travel writer and has written a wide range of children’s non fiction books. He is a bicyclist, bread-baker, undiscovered guitarist and grandfather of four. He lives in Minneapolis.

Graydon Royce is a retired theater critic and fine arts writer with the Star Tribune. He won the 2016 Ivey Award for Lifetime Achievement from the Twin Cities theater community. He has been a fellow at both the O’Neill Critic’s Institute in New London, Conn., and the NEA Classical Music Fellowship at Columbia University. He is also a playwright and actor. He most recently performed in “Holiday Inn” at Chanhassen Dinner Theatre. Royce currently serves as director of artistic ministry at Diamond Lake Lutheran Church in south Minneapolis. He has four children and eight grandchildren. 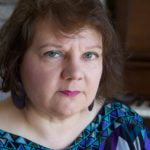 2018 Best of Southern MN Scene Winner for Best Director
Throughout most of her life, Rachel has studied, taught, and worked in theater arts and in arts promotion and management. Her extensive resume includes work with professional, community and educational theaters.  She has taught in private and public schools and with numerous arts organizations. Her most recent directing credits with the Guild include Mansfield Park, Les Misérables (which won Best Production in 2018) and The King’s New Clothes. Other recent directing credits include The Miracle Worker, A Christmas Carol, The Best Christmas Pageant Ever and A Charlie Brown Christmas. Rachel is the Performing Arts Manager at the Guild and directs/teaches/manages Purple Door Youth Theater.  Rachel brings a broad range of arts expertise to her productions, creating quality and memorable theatrical experiences.

Many thanks to our Production Co-sponsor: