411: Davina and The Vagabonds

THIS CONCERT IS SOLD OUT.
THANKS FOR YOUR SUPPORT.

About Davina and The Vagabonds

Since exploding onto the scene in 2005, Davina and the Vagabonds have grown from a down-and-dirty blues band into one of the most exciting acoustic ensembles on the international stage. This high-energy quintet has established itself with a stellar live show, a professional look, and good old-fashioned hard work.  In recent years they have performed in 45 states, 2 Canadian provinces and 12 European countries.

With influences ranging from Fats Domino and the Preservation Hall Jazz Band to Aretha Franklin and Tom Waits, the band draws from the last 100 years of American music, and is converting audiences one show at a time. So much more than just a blues act, DATV’s shows are filled with New Orleans charm, Memphis soul swagger, dark theatrical moments that evoke Kurt Weill, and tender gospel passages. Davina’s voice and stage presence defy category in a different way. Davina has been compared to Etta James, Amy Winehouse, Janis Joplin, Billie Holiday and Betty Boop, but comparisons don’t suffice. Sowers is a true original.

For several years the band has been on the road more than they are home in the Twin Cities, but when they are home, they can be found at the Dakota! One of the keys to Davina’s success is the band’s irresistible live show; when the idea for a live record was presented, the Dakota became the obvious choice to do it at. Davina and the Vagabonds’ latest record, Nicollet and 10th, was recorded over two nights in early 2015 here at the Dakota. Like its predecessors, 2014’s Sunshine and 2011’s Black Cloud, Nicollet and 10th is the latest chapter in Davina and the Vagabonds’ New Spin on an Old Sound mission!

What Other People Have Been Saying…

“She purrs and growls, whispers and wails. Sweet and seductive one moment, she’s in your face the next, and then she makes you laugh. Her voice is a complex, expressive, flexible instrument made of sugar and grit.” – Pamela Espeland, MinnPost

“Davina Sowers is a one-of-a-kind performer whose singing… has a sassiness bearing some comparison to that of heart-thumping blues queens Ma Rainey and Ida Cox.” – Downbeat

“There is a timeless quality about this band that sets them apart from the masses but, perhaps more than anything else, there is an honesty here that is refreshing beyond belief. This band loves what they do and they do it well.” – Bill Wilson, Reflections in Blue

“Two things remain consistent at all her shows though: her throaty but cushiony voice, which has a sort of hard-mattress comfort to it that’s part Bonnie Raitt, part Etta James and a little Amy Winehouse; and her band’s rollicking New Orleans flavor, driven home by dueling horn players and a bayou-thick standup bass.” -Chris Riemenschneider, Star Tribune

“Davina Sowers’ classically trained right fingers shimmy down the piano keys and meet up with an insistent boogie-woogie bass. Then she reveals her other musical talent: a sassy, salty, sweet voice that’s childlike at the top, husky at the bottom.”– NPR / Marc Silver 2011 “Song of The Day” Choice song  LipstickandChrome 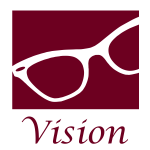 Additional support by our Media Sponsor,
our Lodging Sponsor and our Beverage Sponsors