Magnolia-drenched, star-filled air pulses with intrigue one steamy night aboard a floating casino. Young lovers’ plans are thwarted by a murder on board. That’s the setting for a dinner theater show at the Northfield Golf Club on Feb. 13 and 14th, just in time for Valentine’s Day. Hemlock Holmes and his cast of miscreants will stroll among the diners, slyly offering clues and playing a deadly game.

Meanwhile, the audience will get into the act, too! About a dozen audience volunteers will take parts, making this promenade play both funny and surprising. 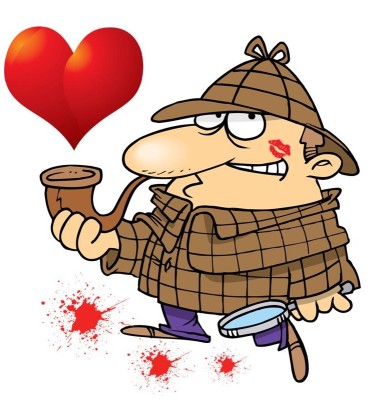 The show is being presented and co-sponsored by the Golf Club and the Northfield Arts Guild as a Guild Benefit. A four-course meal will be served before the show each night.

Peggy Sheldon, writer and director of the show, styles it a murder mystery musical comedy. “I gave the audience players all of the best jokes!” she says. “While an untimely explosion isn’t funny, the show is. Add sizzling musical numbers to the evening, and the show guarantees to deliver an evening to remember.”  Sheldon is a frequent traveler who likes to try new forms of entertainment as she visits new places.

“I saw this form of show in Charleston, South Carolina, last spring. I was given a role to read, and it was truly amazing and fun. I couldn’t wait to get back to the Guild [where Peggy is also a board member].  It is a fascinating way to stretch the art of theater.”  She adds, “They didn’t have the powerful singers that we have, though, so I believe our show is even stronger.”

The role of chanteuse will be played by veteran Guild singer and actress Michelle Drench. Her husky torch song, plus a duet with Jenn Rathsack, newcomer to the Arts Guild and recent graduate of Carleton College, will highlight the show. Peter Webb will handle the keyboards and offer up an authentic British detective. He is joined by Ray Young III as the affable captain. Jim Haas, Rhoda Van Tassel, Jim Stenglein, Shannon Caton, and Saul Melos Lira round out the cast.

Grab your best valentine; don your bustle or your top hat for an evening you won’t soon forget! Presented by R.O.A.R. Theater (That’s Rowdy Old-Tyme Actors Repertory), a troupe sponsored by the Northfield Arts Guild, as a special winter fundraising event for the Guild.  Four-course Dinner and show tickets are $49.95 per person, or $89.95 per couple.

Specially-priced tickets available on online or at the gift shop.  Only 100 seats available each night, so get tickets now. Doors open both nights at 6:15 p.m. at the Northfield Golf Course, 700 Prairie Street, Northfield.  Limited tickets at the door for $59.95 each.  More information on our Special Events page.